For decades, Kiwanis clubs around the world have performed service projects to benefit the environment. These are a few of our favorites.

Kiwanis Park in Hagerstown, Maryland, is called “a place of peace and beauty.” A footbridge carries visitors into a different world. Instead of the vroom of traffic, sparrows chirp. Instead of the booming of delivery trucks, the meandering Antietam Creek gurgles its way toward the Potomac River. Instead of the hum of air-conditioning units, butterflies quietly flutter among pink milkweed blossoms and purple coneflowers.

To make this place a reality, Kiwanians asked the landowner to consider donating a plot along the Antietam for creek access. City leaders became involved. The soil and water conservation district, the county’s historical society and the watershed alliance also joined the partnership, along with a group interested in saving the declining monarch population.

During March Water Madness, CKI clubs raise money for and awareness of the WASH Project, an initiative by UNICEF that stands for “water, sanitation and hygiene.” UNICEF works in more than 100 countries to improve water and sanitation services and improve hygiene practices.

During one week in March, CKI members at the University of Houston in Texas distributed more than 100 water bottles along with information about WASH and water scarcity.

The club also started a GoFundMe campaign, raising US$155. That in turn allowed them to fund enough purification tablets to create more than 100,000 liters of safe water for families in Haiti.

When members of the Kiwanis Young Professionals Club of New York City found organizations helping to rebuild homes in The Rockaways area of Queens and parts of Brooklyn after Superstorm Sandy, they jumped in — and so did their sponsored CKI and Key Clubs. 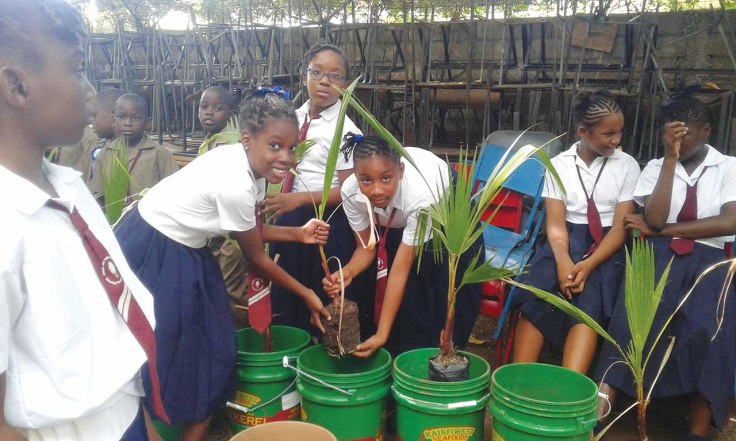 In Jamaica, the presidents of the Kiwanis Club of North St. Andrew and the Kiwanis Club of Eastern St. Andrew had an idea: Create the Climate Change and Disaster Risk Mitigation Project to get young people involved in and raise awareness about climate change issues. In 2018, members of several CKI, Key Club and Builders Clubs were challenged to develop a project in their schools to reduce the effects of climate change based on training they all received from experts. The winner of the competition was the Half Way Tree Primary Builders Club for its rooftop garden project. The green roof will help absorb rainwater, provide insulation, create a habitat for wildlife and lower urban air temperatures. 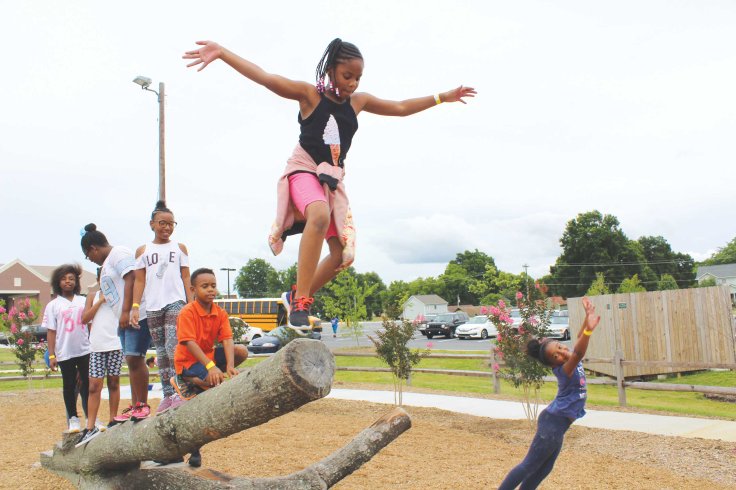 Thanks to a donation from the Kiwanis Club of Greensboro, North Carolina, the Kiwanis Nature Play Yard connects young people to the outdoors. Such play also educates children on the importance of being kind to Mother Earth, says project designer Robin Moore. “Hopefully, that leads to an understanding of human dependence on the natural world, linking that to the big picture in terms of global climate change and taking care of the planet.”

Club members better the community and Earth, one tree at a time.

When the Kiwanis Club of Capilano, West Vancouver, British Columbia, saw residents rally around the idea of planting evergreens in naturally forested areas of the province, they posed a question: Why not plant trees as part of a fundraising project? Soon after, the Tribute Tree Program began, allowing any individual or group to donate a planted tree, accompanied by a commemorative plaque. To date, more than 190 trees have been planted.

When first- and second-graders in Michigan heard about the Zika virus through news reports, they discussed the issue and the cause behind it: mosquito bites. They also learned what kills mosquitos: bats. So they decided to build bat houses — and with a little help from the Kiwanis Club of Garden City, Michigan, they built 22. The students wrote to the mayor and the school superintendent and received permission to install the houses in community parks and on school properties. Several Kiwanians purchased houses for themselves. The students donated those funds back to the Garden City club to support future community projects. 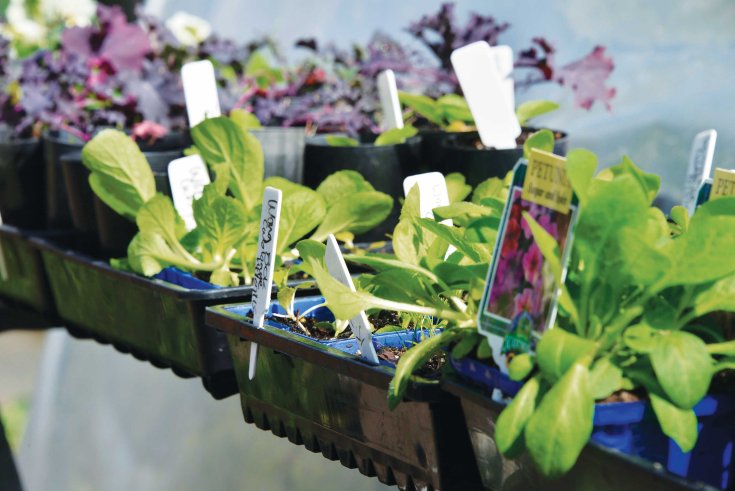 Children and young adults with disabilities find a haven at the Kevin Heinze GROW (Gardening for Recreation, Occupation and Well-being) therapy garden. The Kiwanis Club of Manningham designed, planted and maintains the garden, where both volunteers and visitors come to not only learn about gardening, but also how to grow as people.

The Jackson Northwest Kiwanis Club in Michigan sponsors the Kiwanis Flowering Trees project as part of its mission to beautify Cascade Falls Park and create a tourist attraction. The club has planted 115 trees at Cascades since the project started in June 2013.

Nearly 10 miles of trail in the San Francisco Bay area of California received extra attention on Kiwanis One Day when the Kiwanis Club of Los Gatos worked with the Key Club from Los Gatos High School to spruce up the walking path.

The Kiwanis family dedicates many hours to similar projects. While the Los Gatos club was picking up trash, a club in Fredericksburg, Virginia, cleaned up a river, and the Kiwanis Club of Chinatown, New York City, New York, spruced up sidewalks and planted tulip bulbs.

In November 2016, the Chimney Tops 2 fire consumed 17,140 acres in Gatlinburg, Tennessee. More than 2,400 structures were destroyed, leaving hundreds of families homeless. The nearby Kiwanis Club of Sevierville immediately jumped into action, forming the Kiwanis Wildfire Relief Fund. Then club president David Coulter worked with the Boys & Girls Club of the Smoky Mountains to identify 21 families (with a total of 42 children) who had lost everything. The Relief Fund helped them purchase food, clothes and other basic necessities as they began to rebuild their lives.

From farm to table

Young people in California help run Fable Farms Fullerton, a farm-to-table space hosted by Kiwanis Park. The Fullerton Kiwanis Club and the Boys & Girls Club of Fullerton help students learn about basic biology, the importance of eating organic foods and how to cook healthier meals. After growing and harvesting the garden’s bounty, the participants head for the kitchen and create culinary magic.

This story originally appeared in the April/May 2020 issue of Kiwanis magazine.