Serving the children of the world also means addressing the impact of climate change. It’s time for us to take responsibility.

The world is just one degree Celsius warmer than before industrialization, but severe climate change impacts are already hitting communities around the world. Children carry a disproportionate burden compared with adults of today. These impacts will only get worse in a warming world, and each tenth of a degree matters when it comes to curbing them. By joining the Paris Agreement, governments recognized that a 1.5 C warming limit is necessary to prevent the worst, but they are doing very little to reduce their greenhouse gas emissions, endangering future generations.

According to the Climate Action Tracker, the inadequate emission reductions under current policies will lead to a global temperature increase of more than 3 C by 2100. Should this trend continue, almost all of the 2.5 billion children living today will live to see a 1.5 C warmer world; more than 90% of today’s 16-year-olds would see a 2 C warmer world; and 4% will live to see what a 3 C warmer world looks like. Even though today’s children have a higher life expectancy, better education and health than their ancestors, the impacts that await them may outweigh these achievements.

A recent report in leading medicine journal Lancet confirms that children around the world will be profoundly affected by climate change. Rising seas, increasingly frequent and intense events such as tropical storms, extreme precipitation, wildfires, droughts and floods, decreasing crop yields that threaten food security, water stress and increasing health issues are some of the impacts that children will have to live with.

Climate change will affect all children but not equally; the severity will highly depend on their socioeconomic situations. If adaptation measures fail, consequences may include displacement, increasing poverty and hunger, loss of cultural heritage and increasing conflict.

Climate change has very likely contributed to the heat conditions that fueled this summer’s devastating bushfire season in Australia. The fires have destroyed forests, wildlife and properties, and the smoke has reached as far as New Zealand and Chile. The countless impacts of these fires are yet to be fully understood, but it is safe to say that the damage to human health will be substantial. As children are among the most vulnerable, their health will be impacted disproportionately. University of California studies on the long-term effects of bushfire smoke on unborn children, as well as studies on the effect of wildfire smoke in California, point to potential lung problems.

In Mozambique, the recent humanitarian crisis following Cyclone Idai affected more than 1.5 million people — of whom about 50% were children. A recent study published in the Proceedings of the National Academy of Sciences shows that natural disasters can weaken education because of the interruptions caused by destroyed buildings and lack of financial resources needed to cover school fees. 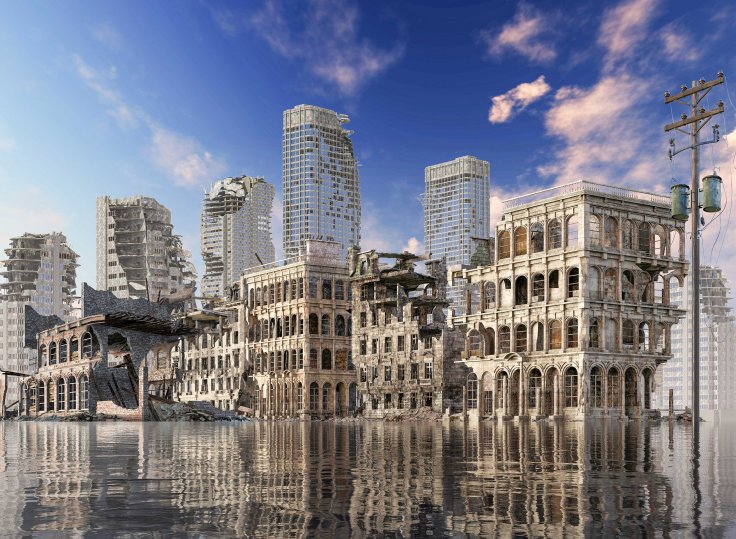 For children living on small islands, such as the Marshall Islands, climate change is already an imminent threat. The global sea level rise of 20 cm to date has increased erosion and flooding, and within one generation the islands could be uninhabitable.

According to a UNICEF report, 19 million children in Bangladesh face an uncertain future because of extreme weather events such as flooding, storm surges and droughts — as well as long-term climate changes resulting in rising sea levels and saltwater intrusion, which affect the water supply and agriculture. Heatwaves and wildfires in Australia provide an example of the possible result.

Desperation has driven children as far as taking governments to court to fight for the future of the planet as well as their own. Tens of thousands are skipping school and taking to the streets as part of the Fridays for Future movement, urging governments to step up efforts to fight climate change, as they promised in the Paris Agreement.

The making or breaking of the 1.5 C limit in the Paris Agreement will define the lives of today’s children and those of future generations. The highest scientific authority on climate change, the Intergovernmental Panel on Climate Change, states with high confidence that if governments fail to drastically ramp up climate action in the next decade, warming will exceed the 1.5 C limit sometime between 2030 and 2050. Decisions on 2030 emission reduction targets are being made now and will be locked in this year.

For generations, our ancestors have strived to leave behind a better world for their children. They fought for social rights, access to education, women’s rights and environmental protection, among many other aspects that made positive impacts on today’s generations. Now it is time for us to take up the responsibility to limit global warming to a level that will prevent the worst of climate impacts, creating a future today’s children deserve.

Inga holds a Master of Political Science, Peace and Conflict Studies and Geography from the University of Marburg, Germany, and a Master of Disaster Management and Risk Governance from the University of Bonn, Germany. She works at Climate Analytics as a research associate and stakeholder engagement expert on projects related to climate impact information, loss and damage, climate litigation and land cover and land management. Her work includes close cooperation with other project partners such as the Potsdam Institute for Climate Impact Research and the International Institute of Applied Systems Analysis.

This story originally appeared in the April/May issue of Kiwanis magazine.