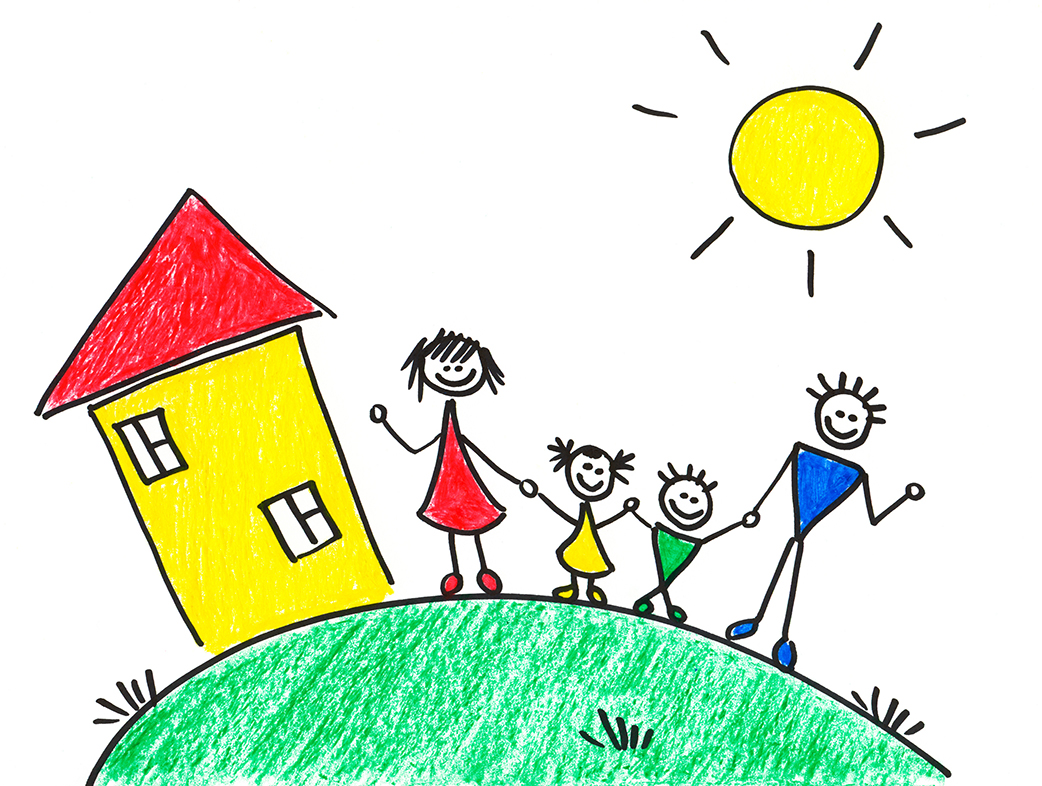 With an amazing history of service, the Kiwanis Family House in Sacramento provides what families need most.

The Kiwanis Family House in Sacramento, California, has been a home-away-from-home for thousands of families since its creation—by Kiwanians—more than 30 years ago.

The house had humble beginnings, but its history is quite a page-turner. The idea for the house came when a woman named Leona Bright was approached by a woman who needed a place to stay so she could be near her sick child who was hospitalized at the University of California Davis Medical Center, located about eight miles from the Bright home. Leona turned to her husband, Vern, and asked if there was anything Kiwanis could do for families who needed help during a loved one’s illness. So Vern turned to his Kiwanis club. And Kiwanis came through.

The original Kiwanis Family House, consisting of seven bedrooms, one kitchen and two community bathrooms all made from construction trailers, opened in 1984.

Since then, there have been a few renovations, an expansion and a move to a new location. The house serves as a respite for families not only from California, but from every state in the United States and nearly three dozen countries around the world. As it stands now, the house offers 24 private bedrooms with bathroom, four kitchens, a playground, several common areas, laundry facilities and parking for six recreational vehicles out back. Signs inside the house thank Kiwanians for their support and note which Kiwanis club sponsors each bedroom.

But Kiwanis isn’t simply on the bedroom signs or the sign out front: Kiwanis is this house. And this house is Kiwanis.

Dan Germain serves as the executive director and shares an office with operations manager Charles Bussey. Both men are Kiwanis members and give more than just their time to this place. Their hearts are in this. You can tell by how they talk about the house. The families. The history. Kiwanis is everywhere. From the people who poke into the office to say hello (Kiwanians dropping off donated supplies) to the countless photos of CKI and Key Club members who volunteer many, many hours here.

Germain hands around some items about the house. A small program from the “30th Anniversary Celebration: An Evening with the Stars of Kiwanis Family House” makes note of some of the top donors and volunteers. The Greater Sacramento Kiwanis Club adopted the clothes closet. The Lincoln Kiwanis Club sponsors Room 122, affectionately named “The Lincoln Bedroom.” Members of the Turlock Kiwanis Club donated shower heads and other supplies during construction of the new house. And for 20 years, the Kiwanis Club of Sonora has sent a work crew to the house four times a year to “do anything assigned—the harder the job, the better.”

But this is just a sample of the work Kiwanis clubs in the California-Nevada-Hawaii District are offering to Kiwanis Family House. To name them all and tell each of their stories would fill a magazine.

While all of this wouldn’t be possible without their hard work and donations, they are only part of the story. We figured you already know how Kiwanis works, so we thought it would be better to instead tell you a little about some of the people who have been helped by Kiwanis Family House.

Sandra Baxter was six months pregnant when she was diagnosed with acute myeloid leukemia.

In April 2016, she and her family sat down to tell their story—the incredible journey that got them here, inside this room at the University of California Davis Medical Center, where her husband and young son once had to sleep.

“Doctors did one diluted round of chemo when we got here, while she was still pregnant,” says her husband, Anthony. “We were here a few months, and I slept on the bench in this room with Mark (their toddler son).”

The family hadn’t heard of KFH at this point, but it was when Sandra was induced and baby Karissa was in the neonatal intensive care unit for a month that Anthony and Mark started staying at Kiwanis Family House.

“She was born at 32 weeks,” Sandra says. “It was nice to have someone here at the hospital with me, because when I was off chemo, I could go down and see her and hold her. She was so tiny. She seemed so fragile. But she was in good hands.”

Sandra received chemo treatments. She lost her hair. She felt sick. But by May 2013, she was cancer-free and the family went home.

“I was in remission for almost two years,” she says. “I was so close to that two-year mark. But then I started getting severe headaches and couldn’t get out of bed. I came back here and had a bone marrow biopsy and sure enough, the cancer was back.”

A second time, she fought it and won. She was back in remission. But after about three months, doctors gave her the bad news: It was back again.

Anthony recalls what it was like living so far away from the hospital when word came that the cancer was back.

“We lived about six hours away when she had to go through treatment,” he says. “And it got to the point where she might be five or six days late to a treatment. Or she might miss it altogether. They’d tell us to just wait until the next month to come in. We just didn’t have the funds or the proper tools to get here when she needed to be. KFH being right here has made it so much easier. It’s given us hope that we are going to be able to beat it without any question.”

Sandra smiles as she tells her story, never seeming sad or questioning why it is happening to her. Karissa bounces around the room, and Mark draws on a small electronic notepad. They are like any other family, except that they split their time between a hospital and a trailer parked in one of six spaces offered outside of the Kiwanis Family House.

“Without KFH, we’d be in trouble. All of us might be sleeping here in the hospital. Me in the room and Anthony and the kids on this bench. But every single time the cancer has come back, it has set us in the right direction. It puts things in perspective. You have to be stubborn. And I am. I can’t wait to bust out of here.”

In July 2016, we got word that Sandra had finished her bone marrow transplant and was resting comfortably in a room inside the Kiwanis Family House.

“Sandra’s social worker at UC Davis called a couple of weeks ago to thank Kiwanis for saving her life,” KFH Executive Director Dan Germain wrote in an email. “Apparently, her opportunity to stay here allowed her to qualify for the donor list. Amazing.”

Ankit Bhuta sits with his mother and father inside the Kiwanis Family House as he recalls the day he cheated death.

He was in the United States for a two-month training to finish his pilot license requirements when a lunch trip with a classmate changed everything.

Riding on the back of his classmate’s motorcycle, the two were heading back to the dormitory when a Porsche 911 appeared, and the car and motorcycle started to race.

“He started to show the car that his bike was more powerful and then the car was speeding up and in a few seconds we were at about 150 mph,” Ankit says. “It happened so suddenly. Since this wasn’t a planned race, I was completely unaware, and I realized I couldn’t hold onto the bike. There’s not much space on a superbike for a passenger, and my helmet started to come off and it came up to my nose and it kinda freaked me out. There was a strap and it was starting to kind of choke me. There wasn’t much to grip onto on the bike, and it was scary to let go. When I tried to fix my helmet, I fell off the left side of the bike. Maybe if I had fallen off the back, it would’ve been much worse than what it is now, because that would have likely impacted my head directly. Instead, my left arm took almost all of the impact. To this day, my physical therapist says this is the most metal he’s seen in an arm from any accident. He’s never seen anything like this before in his life.”

Ankit immediately blacked out after hitting the concrete and skidding to a stop somewhere in the median. When he regained consciousness, he saw people surrounding him, telling him the ambulance and police were on their way. When the emergency workers arrived, they told him there wasn’t much they could do. He’d need to be airlifted to UC Davis.

“I had no spine injury. No head injury. My ankle was fractured, and they only had to put in one plate. The worst injury was to my hand. The doctor was surprised my hand was still attached when he saw me.”

Ankit’s parents, Tushar and Nita, secured an emergency visa within 48 hours to travel to the United States from India. They dropped their bags at the Kiwanis Family House and immediately went to his bedside.

“I felt things most people will never feel,” Ankit recalls. “When I woke up and saw my parents, I didn’t know what was going on. It would’ve been really difficult going through this without them being here with me. Doing this without support is something I can’t imagine.”

Ankit spent almost two months in the hospital. He had four surgeries on his shattered left arm and one on his left foot. He needed multiple skin grafts. During one procedure, he lost so much blood that he needed to be resuscitated. He was given five units of blood to stabilize his body.

Ankit moved into a room with his parents at the Kiwanis Family House at the end of October 2015.

“The people here have been so helpful, and everyone takes care of everyone,” Ankit says of his time at the Kiwanis Family House. “Being with Kiwanis has been a part of God’s plan to help us get through these bad times. I can’t say enough to show how much it has helped us.”

Ankit is 29 years old. He knows he has a tough road of recovery ahead, but he’s not giving up on his dream to become a commercial pilot. His next steps are to continue to heal and to eventually have a medical exam to see if he can fly.

The Bhuta family left the Kiwanis Family House in May 2016 after an eight-month stay. Ankit’s father credits KFH for keeping his family close during this tragedy.

“We were able to be here to support him,” Tushar says. “We have our whole family here now. This is now our second house. I wouldn’t have been able to stay so long without Kiwanis Family House, I can tell you.

“All of the staff here, they’re all angels to us.” 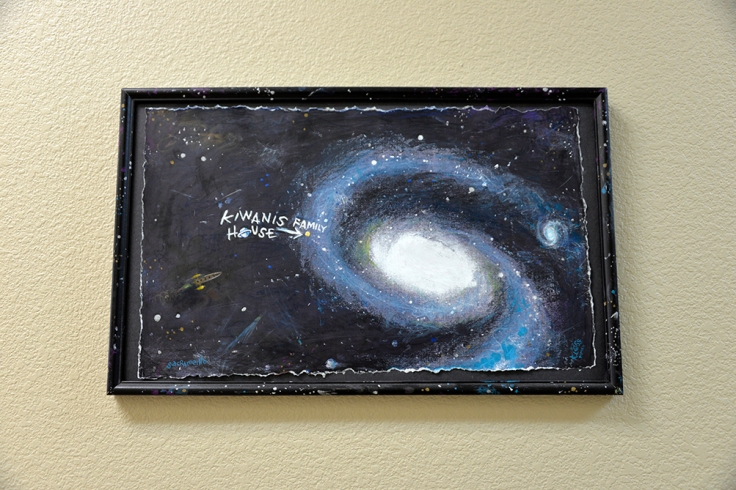 This story originally appeared in the October 2016 issue of Kiwanis magazine.

2 thoughts on “The house Kiwanis built”