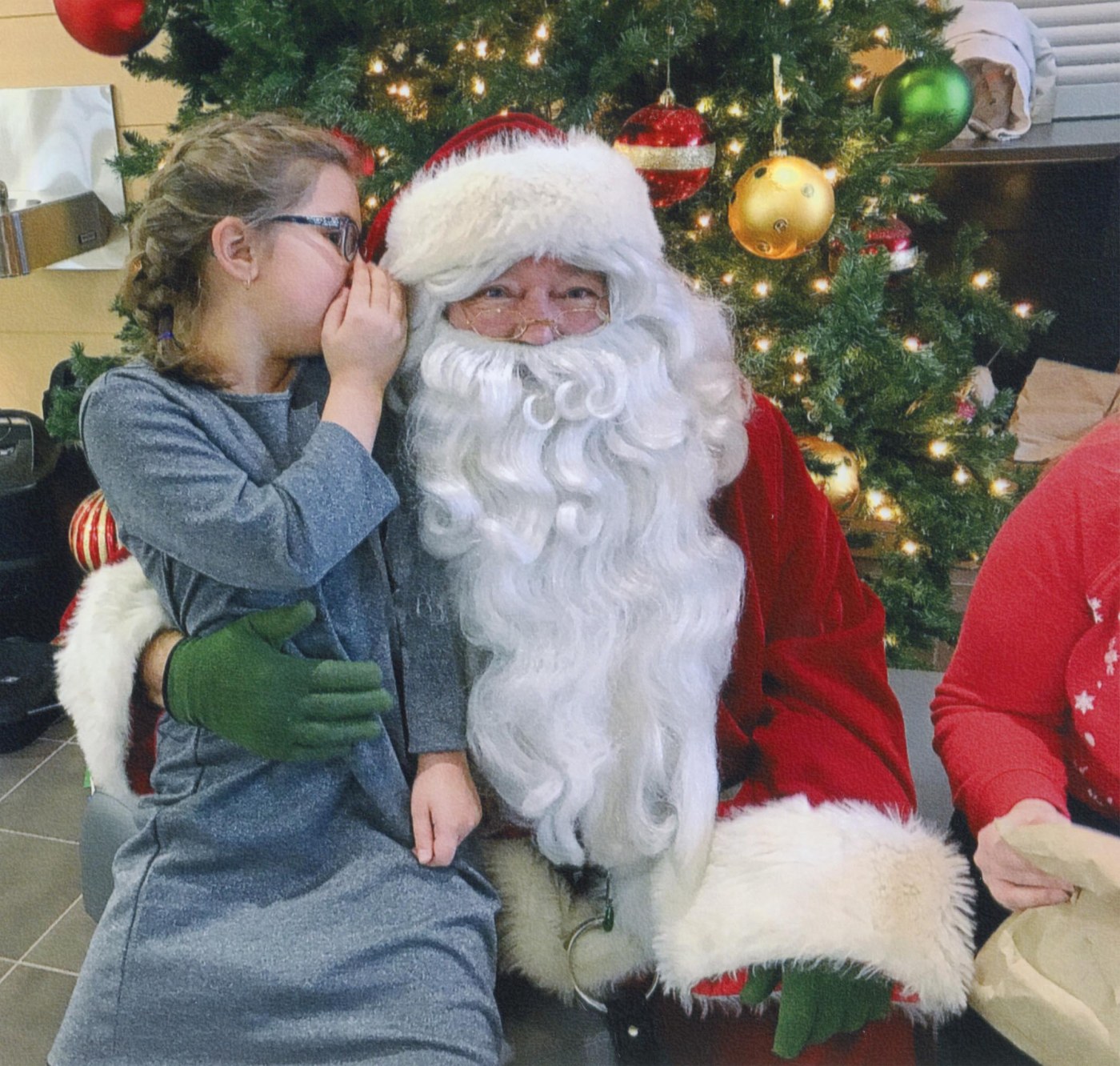 The Lloydminster Kiwanis Club brings treats and cheer to local kids each year.

In 1984, the newly chartered Lloydminster Kiwanis Club in Alberta, Canada, marked its first holiday season with a nice little project: giving out a “Christmas bag” to 15 local kids with special needs at Randall Park Elementary School.

The club is still there today. So is the program. And they’ve both grown in the years since. In 2019, the club packed 2,100 bags for the Santa Project — for all students in preschool through second grade, in all Lloydminster schools.

“Everyone in Lloydminster knows Kiwanis for the Santa Project,” says club member Vera Gallant, who is also the lieutenant governor for Division 5 of the Western Canada District. “This is a project the teachers love, and they express their gratitude for the love and joy we bring to the school.”

It’s not just the teachers, Gallant adds. “We have many people in the community who call to see when we’re packing bags because they want to come and help.”

Working all week
The Santa Project’s growth began immediately. A new member took over in 1985 and expanded it to include all children from kindergarten through third grade.

It’s a rewarding project, but it’s demanding. In 2011, the club limited the top age of recipients to second grade so that volunteers could keep up with the need. With preschool kids now included, the Santa Project is a four-day event each December.

For the volunteers themselves, it’s an all-week affair. Club members start gathering at noon on the Monday of Santa Project week. With more than 2,000 bags to pack, they have to get a jump on opening boxes and sorting items. Each bag contains a toy, 10 chocolate bars, a bag of chips, an orange, a candy cane, Life Savers and other peanut-free candies.

On Monday evening, members and friends gather for supper and then start packing the bags. “It’s a great social evening,” Gallant says. “Beginning early Tuesday morning, all the bags are delivered to the schools, and Santa and his elves begin a very hectic week.

“Santa most often has to return to some schools two or three times during the week to accommodate the kindergarten and the preschool students.”

Heart-wrenching stories
For the kids, it’s more than a matter of getting a bag. Each child can sit on Santa’s knee for a visit.

“Mrs. Claus and the ‘elves’ organize the children,” Gallant says. “One elf sits next to Santa and hands him the bag, which he gives to the child, and we all sing Christmas carols and just have a whole lot of fun.”

Even Santa couldn’t resist the Kiwanis spirit. “We had the same Santa for 33 years, and he eventually became a Kiwanis member.”

After his retirement, the project has used two Santas in recent years. At first, each one worked two days. This year, both Santas will work all four days.

The number of children they serve isn’t the only change.

“More and more, we hear kids asking for basics like warm socks, a pair of shoes or for Daddy to be home for Christmas,” Gallant says. “Santa and his elves hear some heart-wrenching stories.”

Last year, a young girl asked Santa for food. Volunteers ended up taking two vans full of groceries to the family, along with gifts.

“The Key Club, along with a Kiwanis member, went caroling to the home of that little girl,” Gallant says. “To see this family hold each other as we sang Christmas carols brought us to tears.”

Even small gestures matter. Two years ago, Gallant recalls, Mrs. Claus called a little boy “precious” as she helped him get in line to see Santa.

“He gave her the biggest hug and didn’t want to let go,” Gallant says. “He did the same with Santa. The teacher came to Mrs. Claus in tears as the class was leaving, saying that little boy would never be called any endearment and wouldn’t see Santa if it wasn’t for us coming.”

A community effort
Sometimes teachers approach Kiwanians during the event to ask whether they have extra bags for students who won’t get presents for Christmas. At moments like those, the club’s appreciation for community participation runs high. For instance, it helps keep the budget at about CAD$6,000.

“Even though our numbers have increased,” Gallant says, “our costs have remained the same or less these past two years because of the generosity of our community. The stores help by donating some of the items (for the giveaway bags), and others give us discounts. If we don’t call them, they call us to see how many bags we’re filling this year.”

Such enthusiasm makes the Santa Project a signature project: It attracts the media and it’s a good recruiting tool.

“Once you’ve been part of this project, you truly want to become a Kiwanian,” Gallant says. “Despite all the work, one smile makes it all worthwhile. And we get 2,100 smiles, and almost as many hugs.”

This story originally appeared in the December 2020 issue of Kiwanis magazine.

One thought on “Santa’s signature project”