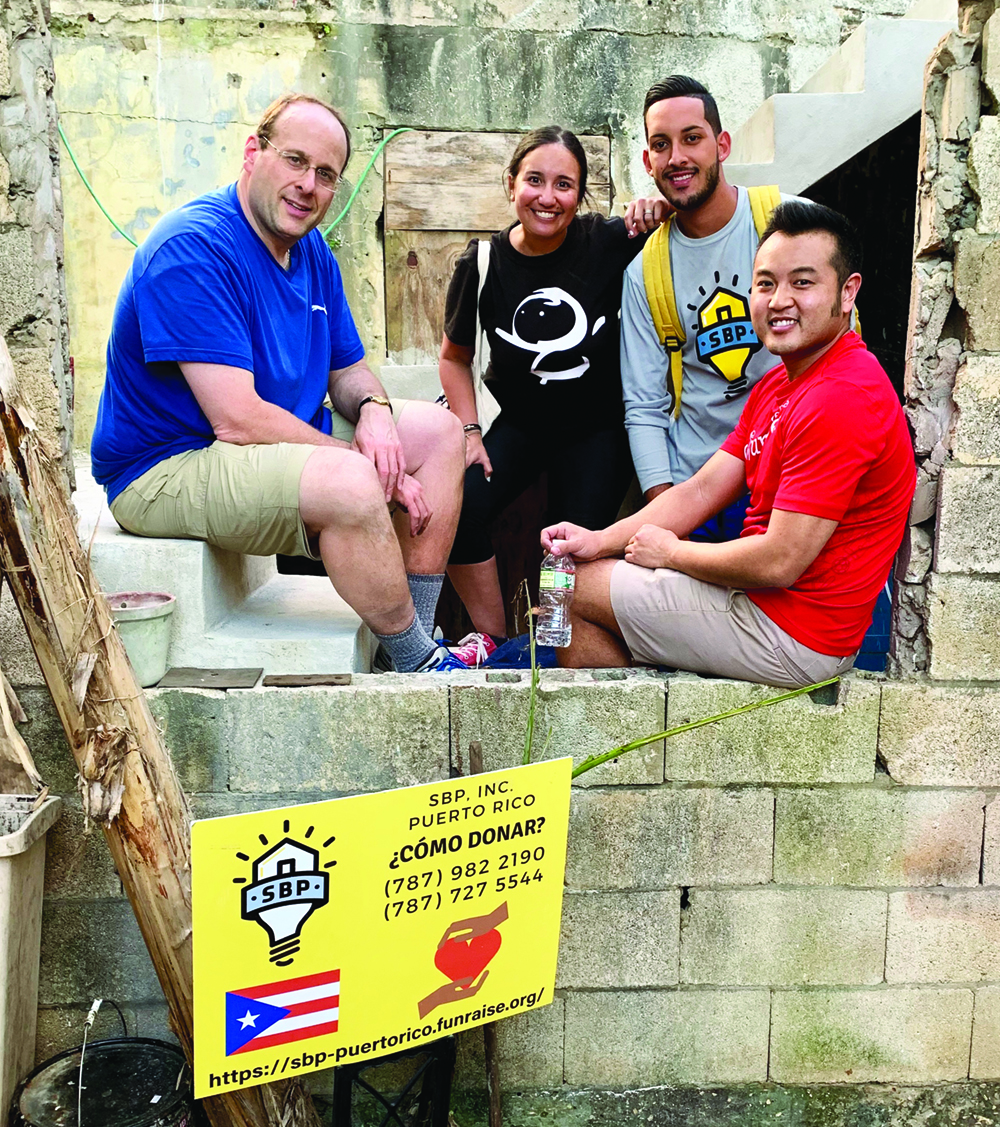 It all started in 2012 with Superstorm Sandy.

New Yorkers — and the rest of the country — watched helplessly as the hurricane slammed the East Coast of the United States, flooding homes, subways and businesses; causing electric and cell service outages across the city; and forcing thousands to evacuate from hospitals and homes.

The aftermath was grim.

“You constantly read and saw and heard stories about people whose homes were completely destroyed, or how they were now living in the attic because their first two floors were underwater,” says Jason Steiner, treasurer of the Kiwanis Young Professionals Club of New York City and a past club president.

“Then we saw stories about all the contractor fraud.”

Club members knew they had to do something.

When they found two local organizations helping to rebuild homes in The Rockaways area of Queens and parts of Brooklyn, they jumped in.

Soon, groups of up to 15 volunteers — including members from sponsored Key Clubs and CKI clubs — were trekking up to two hours via public transit every six weeks or so to get their hands dirty (literally) by plastering, painting, laying tile, installing insulation, putting up drywall and more.

“Some of these kids didn’t know how to hold a paintbrush,” Steiner says. “But it became one of our favorite projects because it was hands-on, and we often got to meet the owners. For a lot of projects, that’s not always the case. So it was a nice bonus to see who we were impacting.”

The Kiwanis crews were trained and supervised by volunteers who taught them how to do the construction-related task of the day before putting them to work. And because every home was at a different stage of rebuild, work varied widely with each visit — and there were a lot of them.

“Six years later, and we were still fixing homes in New York from Hurricane Sandy,” says Ryan Dang Hong, a member of the club’s board of directors. 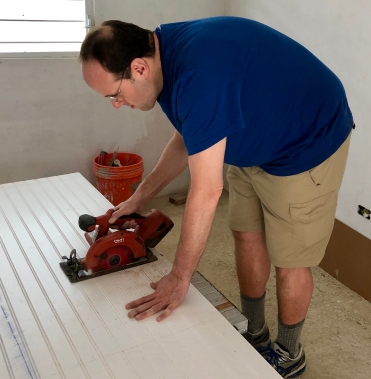 Finally, though, the project pool began drying up. That’s when the club heard about an opportunity in Puerto Rico to rebuild homes destroyed by Hurricane Maria.

“Since we were already experienced with the organization here in New York, it opened the opportunity up to the club to see who was interested,” Dang Hong says.

In February, he and Steiner represented the club in the rebuild for Netzy Lucianis Cruz — a young, recently unemployed teacher in Loiza, Puerto Rico.

Though Dang Hong and Steiner had spent years helping to rebuild homes, what they saw in Puerto Rico surprised them.

“Almost all of the homes in the (Villa Cañonas) neighborhood were in some state of repair,” Steiner says. “Every single home was being worked on. The entire area was affected. And people’s entire homes were being rebuilt from the ground up.”

According to SBP — the group with which Dang Hong and Steiner volunteered — Cruz was able to save only a backpack’s worth of belongings before the hurricane ripped off her roof. Though she spent the duration of the storm at an aunt’s house, she returned to live in her home afterward, even though conditions were dangerous.

More than a year later, Cruz’s home still had only a blue tarp where a roof should have been.

“We didn’t come to any homes in The Rockaways where roofs were gone and entire structures were almost destroyed,” Steiner says. “They may have been uninhabitable, but they were standing structures. But not here in Puerto Rico.”

During their weekend there, Dang Hong and Steiner reinforced the home’s walls and panels. A Team Rubicon crew of military veterans fixed the roof, and other crews — including volunteers living on the island — replaced the wooden walls with concrete ones more able to withstand future storms and fully restored Cruz’s home.

In all, SBP reports that 76 volunteers invested more than 6,080 hours of work to finish the residence.

“There were many who were very happy to see us and appreciated the help,” Steiner says of the club’s home-rebuilding efforts in New York and Puerto Rico. “But at the end of the day, people just wanted to get back into their homes.”

This story originally appeared in the September 2019 issue of Kiwanis magazine.

2 thoughts on “Home is where the hurricane was”