If you ask members of the Kiwanis Club of Sentinel, Montana, which came first, the chicken or the egg? The answer is obvious. It was the chickens.

Leslie Womack pokes her head into the chicken house and turns back, eyes wide, a grin plastered across her face.

“Look at them,” she says with a sense of pride, stepping back from the door so others can take a peek inside. “Just look at them. There are so many.”

Womack, a member of the Kiwanis Club of Sentinel in Missoula, Montana, has traveled several thousand miles to meet these chickens—or to be more precise, hens and roosters—in Katende, Uganda.

Well, to be fair, she actually traveled all the way to Destiny Orphanage and School to finally get a hug from the children she and fellow Kiwanis members have been helping for the past 11 years.

There have been, of course, the chickens, but also beds, desks, books, a new kitchen, cows, a medical clinic, some land and even a bus, thanks to the Kiwanis Club of Sentinel and a few targeted grants from the Montana District Foundation and Kiwanis International Foundation.

But why all the fuss over some chickens?

“The chickens have allowed (Destiny staff) to provide protein to the children, and also are a revenue source,” Womack explains. “One of the things that’s difficult for an orphanage like Destiny in a country like Uganda is sustained money. Trying to get them to find ways to earn their own money and not be reliant on foreign aid is important. So … we helped them complete a chicken house. They were able to produce enough eggs for the kids to have eggs twice a week and then they also sold them. So they had an income stream to help with other expenses at the orphanage.

“It’s a big deal to us … when we all saw the first video of the chickens and the eggs and having them being carried in a truck to be sold. To finally see the real thing meant a lot to me because the poultry farm was like our flagship event with Destiny. It really means a lot to us because you can see the promise of a future if they learn how to produce their own food, produce food to sell … they can become self-sustaining.”

And now, she’s here to see it all with her own eyes.

“I have been involved with Destiny for so long it’s like I’ve almost been here,” Womack says. “But it’s gone from 2D to 3D. The children’s faces, whether you see them in a video or you see them live, they touch your heart and you know how precious they are.”

Walking back up the hill from the chicken houses, several of those children run toward the group, which also includes fellow Kiwanis member Susan Roberts and her son, Matt, a member of the Loyola Sacred Heart High School Key Club. Both mother and son have been here before, seven years earlier. But things have changed. The campus has grown. There are more buildings (some thanks to Kiwanis) and a lot more children. It’s just … different.

“It’s more heartwarming this time,” says Matt, who tagged along with mom in 2007, when she and friends stopped by the orphanage during a personal vacation to Africa. During that visit, they brought 900 children’s books to donate to Destiny, and young Matt was there to see the joy on the children’s faces. “I’m so glad I came back here. I was young last time. I knew we were doing good, but this time, I understand more what it means—what we are doing and how important it is.

“These are the smiles I remember from last time,” Matt says, lifting a young girl into the air, her squeals of joy filling the room. “It’s awesome. It’s all paying off right now.”

This time, Matt isn’t just watching everything unfold in front of him. He’s taking an active role. He decided to make Destiny his senior project, and in several months of fundraising was able to collect US$5,000, used to purchase supplies for Destiny’s new medical clinic, built from a Kiwanis International Foundation grant, and to pay for wiring in the new clinic.

“We wrote the grant to the Kiwanis International Foundation, which we had done previously and had been successful previously,” says Susan Roberts. “This time we wrote it for the expansion of the medical clinic. I didn’t know if we’d get the money again because we already had gotten it once and I know there are a lot of needs around the world … but we were able to get US$5,000, which really went a long ways toward building that clinic.”

The Kiwanians brought six boxes filled with medical supplies from Montana to donate to Destiny—and that was in addition to Matt’s donation.

“Today we got to go on a shopping spree in Kampala,” says Susan of their six-hour visit to a medical supply store, accompanied by a nurse and lab technician from Destiny. “They had prepared a list ahead of time of what they needed. With that list, we were able to stock the medical clinic with all kinds of prescriptions and a piece of equipment that can detect all kinds of diseases. And I think that supply is going to last them a long time.”

Children are running around everywhere. Some of the younger girls are dressed in matching handmade maroon dresses. Young boys dot the hillside in matching yellow shirts and black shorts. A boy sits alone on a concrete wall, playing with a soda bottle cap he has attached to a string. Some of the older girls set laundry out in the sun to dry.

Many of the children here at Destiny refer to Evah Mugerwa as “Mama Evah.” After all, many of them know no other mother. As director of the orphanage and school, Mugerwa is in charge. She tells the children what to do and where to be. And they listen. Which isn’t a small feat since there are now about 1,500 children living at Destiny, most of whom never leave unless to visit extended family during holidays.

It hasn’t always been this busy at Destiny. When Mugerwa and her husband, John Michael (both pastors), witnessed so many members of their church dying during the AIDS crisis in the 1990s, they began to take the orphans into their own home. Eventually, when they had 13 children in their care, they decided to take the next step. They would build an orphanage. Mugerwa stands among the six boxes of medical supplies the Kiwanians have brought with them all the way from Montana in the United States, and the additional boxes from the medical supplies warehouse in Kampala. With a look of disbelief on her face, she looks up at Susan Roberts, and the two women embrace.

“Our relationship with Kiwanis is really big and wonderful because they have stood with us ever since we opened up the school,” Mugerwa says. “They’ve provided a bus, beds, desks … so many things. Let me take this chance to thank them. Thank you very much, because you have been our strong hand with us so that we can stand.” 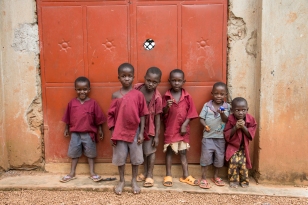 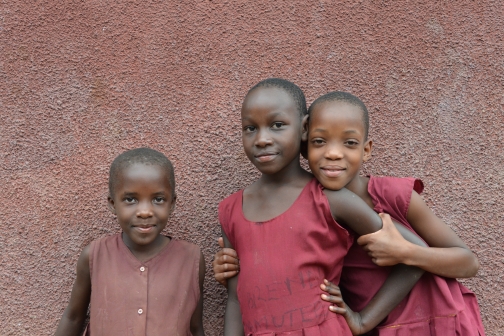 This article originally appeared in print in the March 2015 issue of Kiwanis magazine.