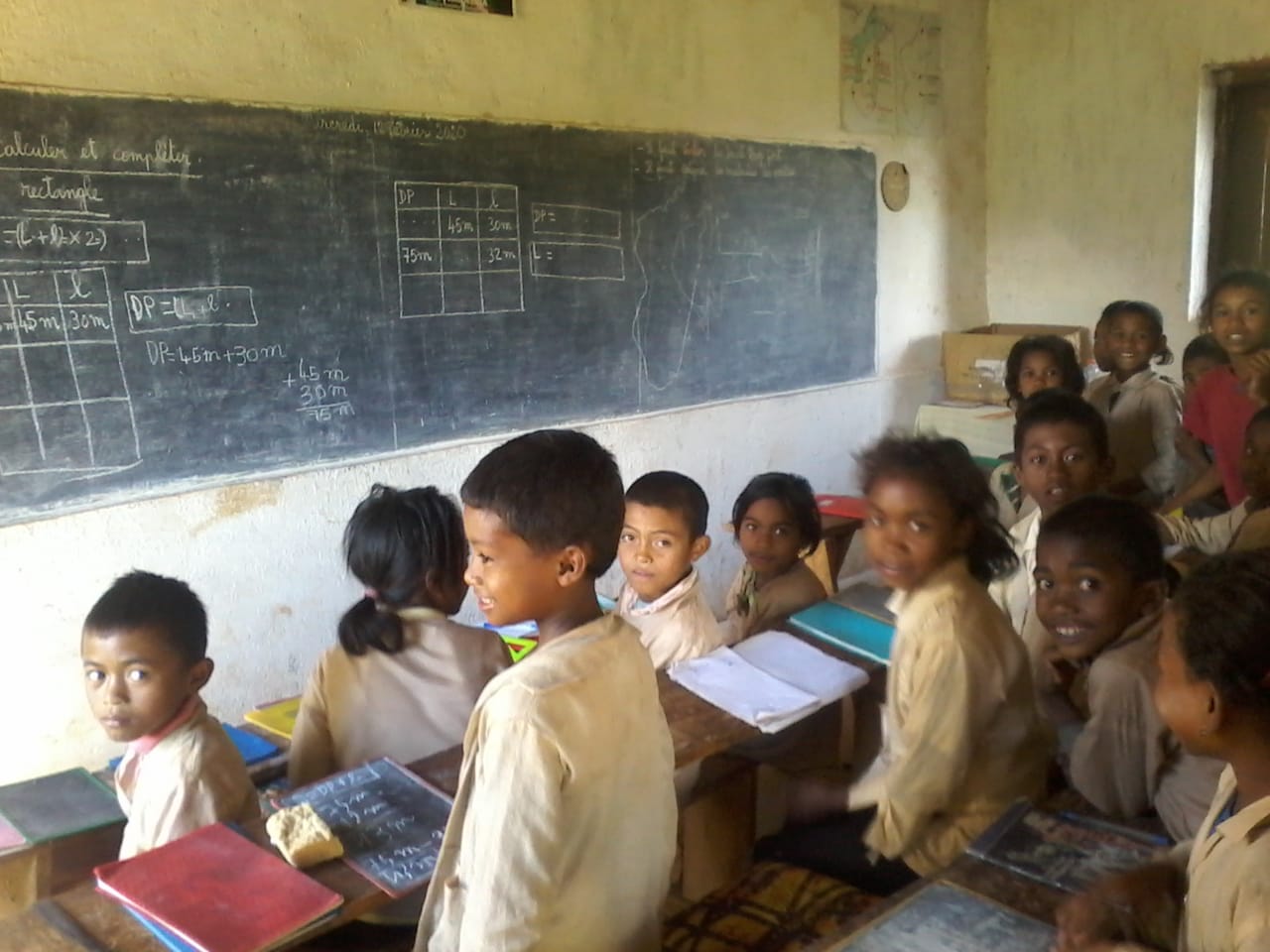 Kiwanis brings volunteers together — across miles, oceans and land masses — for the sake of children.

They didn’t know one another. They lived on different continents, and their cultures were vastly different. Yet Kiwanis brought them together, and they are establishing great projects for children. Read about three cross-continental club collaborations and friendships: Mali-New Caledonia, Austria-Uganda and Guadeloupe-Madagascar.

MALI/NEW CALEDONIA
For Julien le Ray’s Kiwanis club, the decision to sponsor a French-speaking club in Africa was easy.

His club on the French territory of New Caledonia received its charter from Immediate Past President Daniel Vigneron, who was raised in Africa. That experience compelled the members to want to share the Kiwanis experience with a new club.

“As a member of Kiwanis, apart from our motivation to serve the children of the world, I love the opportunities to meet people from such diverse backgrounds,” le Ray said.

He has developed a friendship with Fousseni Sawadogo, president of the Kiwanis club Bamako Ville des Trois Caïmans in Mali.

“Here we are, interacting with Fousseni via the magic of the internet, which abolishes borders. Of course, we must calculate the time difference and make ourselves available. But what beautiful exchanges we both embarked on with our respective members by creating a private Facebook group,” le Ray said.

The relationship is important to Sawadogo, too.

“It is more than a simple friendship. Le Ray’s someone I really like and appreciate because he is very nice, and so are the members of his club,” Sawadogo said. “The time difference does not prevent us from constantly communicating on our health as well as educational, social and cultural projects that fall within the scope of the sponsorship.”

And like Kiwanians everywhere, they enjoy a camaraderie that comes with having shared values and experiences.

“I remember with emotion the strong moments in such simple exchanges. I show [Fousseni] the Pacific Ocean from my terrace; visiting Burkina Faso, he shows me his little family: his sister makes yogurt, granny greets me, the pretty little niece acts mischievous on the camera … I tell myself that it is extraordinary to live exchanges so simple, so distant, so improbable … thanks to Kiwanis. Will we meet one day? Who knows? This is also the magic of Kiwanis.”

Even though they live on different continents, le Ray said the projects, and the challenges that come with them, are similar.

“Above all, the goal of serving children, people with illness or disability, mothers or future mothers, is the same.”

AUSTRIA/UGANDA
Helmut Beran, a member of Kiwanis Club of Mödling in Austria, met Catherine Namusisi from Uganda via Facebook and told her about Kiwanis. She was immediately interested: “We need Kiwanis in Uganda!”

Together they looked for other interested people, and the Mödling and Wien Belvedere clubs took over sponsorship of the Wakiso, Uganda, Kiwanis Club. Helmut handed over a start-up donation for the charity fund at the charter celebration on October 28, 2018, in Uganda. Small and big projects have been carried out with energy and enthusiasm.

The Wakiso Club also received a grant from the Kiwanis Children’s Fund to feed families in one of the poorest areas in Uganda in the wake of the COVID-19 pandemic. The organization “Pharmacists without Borders” from Vienna, Austria, donated medicine.

The Kiwanis Club of Wakiso has done large projects in Uganda, and is often mentioned in printed news media, as well as on TV news broadcasts. And all this has happened because of the close collaboration between clubs.

GUADELOUPE/MADAGASCAR
It was an obvious choice for Inès Marinho and the members of the Baie-Mahault, Guadeloupe, Internet Club in France to collaborate with a Kiwanis club in Madagascar. Her club has four Malagasy members (one in Antananarivo, Madagascar, one in Canada, one in Paris, France and another in Guadeloupe, France) and a club president with Madagascan ancestry.

After connecting with President Haja Rakotomalala of the Soavinandriana, Madagascar, Kiwanis Club, Inès and Haja combined their projects: building community classes in villages, starting with Mitoerambahizaha and Morarano, and partnering to construct a two-room building for a school in a remote area where most of the inhabitants are families in need.

The Madagascar club’s efforts have been bolstered with financial help from Kiwanis sources: The France-Monaco District Foundation financed 80 percent of the construction of the Mitoerambahizaha school building for 147 students.

The Baie-Mahault Internet Club funded 93 percent of the Morarano school building project, which will serve 132 students. A Baie-Mahault club member who lives in Antananarivo, Madagascar, coordinates and checks the construction progress along with Haja. Meanwhile in Guadeloupe, three club members are responsible for raising money to ensure the projects continue.

But the collaboration doesn’t stop with school construction. The Baie-Mahault Internet Club has committed to covering the salaries of two teachers for three years and is considering helping with the school supplies for students.

3 thoughts on “Helping one another across continents”