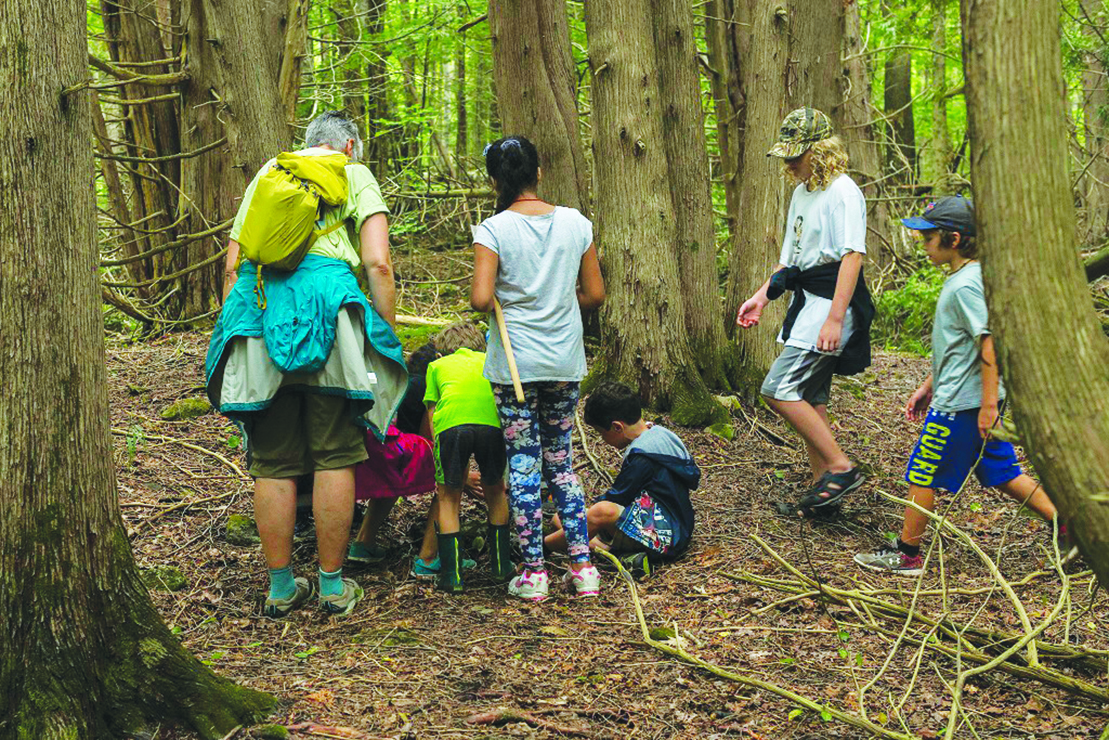 Thanks to Canadian Kiwanians, all children have equal access to exploring nature.

Young people at Camp Kawartha in Ontario track the 4,300-kilometer migration of the monarch butterfly by finding three native species of milkweed. But a child with a disability might never feel the thrill of this phenomenon, since taking unpaved trails and venturing into areas of wild growth on such an expedition can be tough or even impossible.

Now, though, the Kiwanis Club of Peterborough has removed those roadblocks.

For the Peterborough Kiwanis Club, the thought of a child having to wait for eight organizations to raise the funds was intolerable.

“I thought about our club’s past relationship with Camp Kawartha,” says Terry McLaren, a former club president. “Many of our members had built and repaired cabins there and have stayed involved for years. A few even served on the board. I thought we could do more.”

His idea: Have the club contribute the entire $4,000 so the camp could buy the chair right away. The club had monies from fundraising efforts at Delta Bingo and Gaming Center, and a motion to membership to use a portion of that money to fund the chair received 100% approval.

But McLaren didn’t stop there. He approached Motion, a local chair distributor.

“I asked if Motion could sharpen their pencils and reduce the price to make it a joint donation,” McLaren says. “A few days later, they called to say they’d absorb shipping and taxes (on the first chair) and would donate a second chair. They really supported the idea of helping youth.”

Ramey said the chairs will make a true difference in children’s lives.

“A Trail Chair is just the thing to open a door on adventure for a young person who, very likely, has never visited a forest or wetland before,” she says. “I’m very excited about the two chairs and our new relationship with Motion and the Kiwanis Club of Peterborough.”

This story originally appeared in the October/November 2020 issue of Kiwanis magazine.